Practicing in Ohio and Kentucky

We Set the Standard

Since 1975, Lerner, Sampson & Rothfuss (LSR) remains a trusted industry leader through exceptional representation of local and national investors and servicers. As one of the nation’s leading providers of residential and civil litigation expertise in Ohio and Kentucky, LSR strives to achieve superior customer service that exceeds expectations. 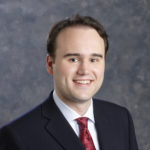 Mark Rothfuss was born in Fort Thomas, Kentucky and currently resides in Cincinnati, Ohio with his wife and four children. Mark is a veteran of our Kentucky Caseload Department where he began practicing in 2003. He was admitted to the Ohio bar in 2011, and is currently working in both the Ohio and Kentucky Caseload Department at LSR. He further serves as the attorney contact for a number of our clients and is a member of our marketing team. Mark attended the University of Kentucky where he graduated with Honors in Philosophy in 2000, and then went on to obtain his JD from the University of Kentucky in 2003. He is a member of both the Golden Key National Honor Society and Phi Beta Kappa. Mark is currently a member of the Kentucky Bar Association, Northern Kentucky Bar Association and the Ohio Bar Association. 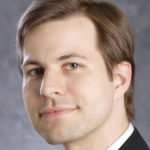 Bill is a Litigation and Compliance attorney with Lerner, Sampson & Rothfuss, LPA in Cincinnati, Ohio.  Education:  Thomas More College (B.A. 1999); University of Cincinnati College of Law (J.D 2002). Bill represents residential and commercial mortgage lenders in all phases of judicial foreclosure and commercial litigation in the courts of Ohio and Kentucky. He also counsels lenders nationwide in regulatory compliance issues. He is a member of the Ohio Bar Association, Kentucky Bar Association, and the 6th Circuit Court of Appeals. Bill leads the firm’s Legal Compliance Team, as well being a member of the firm’s Ethics committee and a Mentor for new associates.