Doyle & Foutty, P.C. provides legal services to the mortgage and title industries. The practice is concentrated in creditors’ rights, real estate transactions, foreclosures and bankruptcy litigation. The firm is a Member of USFN, MBA and the Legal League 100. It is also Freddie Mac and Fannie Mae Designated Counsel in the state of IN. The firm has an expanding department dedicated to REOs with a network for closings throughout the state. Doyle & Foutty, P.C. also represents every major title insurance underwriter assisting with claim investigations, defense, subrogation and Indiana Department of Insurance issues. The firm has worked on numerous cases involving opinions issued by the Supreme Court of Indiana, the Indiana Court of Appeals, the Federal District Courts and the Seventh Circuit Court of Appeals. Mr. Doyle was a member of the Indiana Real Estate Commission for 12 years. 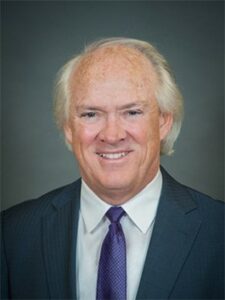 Craig D. Doyle is the president of the Indianapolis law firm of Doyle & Foutty, P.C., where he practices in commercial civil litigation, particularly involving real estate matters. Mr. Doyle has represented numerous title insurance companies, banks and mortgage companies, real estate developers, and other business entities. He has beenthe primary litigation consultant for six title insurance companies covering the entire state of Indiana. He has authored numerous publications involving real estate matters, title insurance issues, foreclosure actions and real estate development. Since 1995, he was a member of the Indiana Real Estate Commission, servicing 13 years, two as its Chairman. He is also a member of the USFN, MBA, GIMBA, ILTA and ALTA.

Law School Honors: Mr. Doyle was a member of the Dean’s list, a member of the Moot Court Society and Order of Barristers. He was a member of and principal brief writer for the Jessup International Law Moot Court competition in 1982. He was an oralist and brief writer for the New York Bar Association Moot Court competition in 1983. He was an officer of the Moot Court Board and the 1983 coach of the Jessup International Law Moot Court team. During law school, he completed an internship with the Small Business Administration. He received the Charles R. Oehrle award for outstanding student in insurance law. He received the Allen Smith Company prize for outstanding student entering private practice. 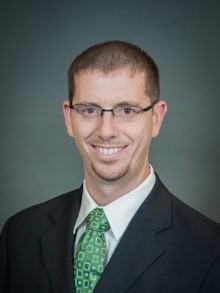 Kurt Laker is a partner at Doyle & Foutty, P.C. and has practiced in the field of real estate and title insurance litigation for more than 10 years. Kurt handles cases through all phases of litigation including the appeals process.

Kurt is active in the Indiana Land Title Association, currently serving on its Board of Directors and Government Affairs Committee. He is a former political columnist for the Daily Journal, a Johnson County-based daily newspaper.

Kurt is admitted to practice before Indiana state courts, the Federal District Courts for the Northern and Southern Districts of Indiana, and the United States Court of Appeals for the Seventh Circuit.