In a highly complex mortgage default environment, The Mortgage Law Firm stands apart for its dedication to its clients and commitment to their needs. With its experience, understanding of the law and cutting edge technology, the firm has been able to consistently achieve unmatched results on behalf of servicers, investors, property management companies, and others. 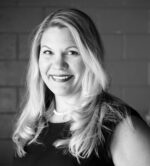 Sally E. Garrison received a B.A. in Economics, Environmental Science, and Political Science, from Claremont McKenna College in 1995. She received her J.D. from the University of Oklahoma, College of Law, in 2000. During her studies at the University of Oklahoma (OU), she also attended the Oxford Summer Program at Queen’s College, focusing on the European Union and Intellectual Property. Before beginning her work in real estate litigation, Sally taught as an adjunct professor at the University of Oklahoma College of Law in the areas of Intellectual Property, Copyright, Contracts, and Law in Cyberspace. She assisted in the research and editing of Copyright in a Global Information Economy, ISBN 0-7355-2430-0; Toward an International Fair Use Doctrine, Columbia Journal of Transnational Law, 2000, Volume 39, No. 1; and Givers, Takers and Other Kinds of Users: A Fair Use Doctrine for Cyberspace, Florida Law Review, January 2001, Volume 53, No. 1. From 2001 to 2008, Sally worked as in-house counsel for OU, representing various departments and organizations including Student Affairs, OU Police Department, Sam Nobel Museum, Alumni Affairs, Development, Housing and Food Services, and the University Outreach, among numerous others. She is currently the managing member of The Mortgage Law Firm, PLLC, in Oklahoma, and is licensed in Oklahoma, Texas, and Arizona. She is also the lead marketing attorney. Her work includes motion practice, non-jury and jury trial work, and appellate practice. She is also the Firm’s Client Relations and Marketing Liaison, working closing with clients to ensure excellent service and communication. In addition to firm work, she has consulted with local law firms to provide system, efficiency, and managerial advice. She is a graduate of the Stagen Leadership Academy Integral Leadership Program, and was awarded the “black belt” for her work in communication, influence, and motivation. She serves on the board of directors for the USFN and for Savannah’s Station Therapeutic Riding Program, an organization that provides horse-riding therapy for children with special needs (savannahstation.org).

Jason L. Cotton began his career in the default industry in 1994 at Cal-Western Reconveyance Corporation. In 2000, Jason became the founder of Max Default Services Corporation, an independent trustee, and proceeded to grow Max Default into a national top performer in foreclosure services. In 2010, Jason helped found The Mortgage Law Firm to compliment the services provided by Max Default Services Corp. Jason has served on the board of the San Diego Chapter of the United Trustee’s Association, and served as a committee member for the California Mortgage Bankers Association. Jason holds a Real Estate Broker’s license in Arizona and California. Jason completed his law studies at Whittier Law School in Costa Mesa, CA and is licensed to practice law in California, Arizona and Hawaii.

Renee M. Parker was admitted to the Washington State Bar in 2005, California State Bar in 2008, and the Oregon State Bar in 2014. She is admitted to practice in the United States Court of Appeals for the Ninth Circuit, the U.S. Supreme Court, and all of the U.S. District Courts for California, Colorado, Oregon and Washington. Ms. Parker has been with The Mortgage Law Firm, PLC since 2017. Prior to joining The Mortgage Law Firm, PLC, Ms. Parker worked at Wright, Finlay & Zak & RCO Legal, specializing in complex bankruptcy and civil matters, and at GMAC, LLC/Homecomings Financial Network, LLC handling complex insurance claims on pre- and post-foreclosure properties. During law school, Ms. Parker worked as a Research Assistant to Cynthia Starnes in updating the Article 9 section for Thomson-West’s Michigan Compiled Laws Annotated Uniform Commercial Code Forms, 3rd Edition to reflect the massive revisions of 2001. Her work at The Mortgage Law Firm, PLC focuses primarily on complex bankruptcy matters, title insurance issues and mortgage banking litigation, including loan servicer and trustee defense. Ms. Parker regularly practices in state and federal courts throughout California, Washington State, and Oregon.

Peter T. Stone has over 30 years’ experience in complex Hawaii real estate and business transactions and related commercial litigation, including representing national lenders in non-judicial and judicial foreclosures of residential and commercial properties on all the Hawaiian Islands. Peter has established relations with all Hawaii escrow and title companies and has defended lenders in borrower actions alleging lender liability, wrongful foreclosure, title claims and violation of Hawaii and Federal laws. Peter graduated from Hastings College of the Law, University of California and is a member of the Hawaii State Bar Association’s Collection Law and the Real Estate and Financial Institutions Sections. Peter served six years as a part time Hawaii District Court Judge and is the past President and current member of the Senior Counsel Division of the Hawaii State Bar Association.

Eric Marshack is the Managing Attorney in The Mortgage Law Firm’s Oregon Office.  Eric graduated from the University of Oregon in 2001 with a degree in Biology, and from the University Of Oregon School Of Law in 2004 where he earned a Juris Doctorate.  During school he was awarded the American Bankruptcy Institute Certificate of Excellence in Bankruptcy.  Eric has spent his entire legal career in the fields of bankruptcy, creditor’s rights, and related litigation.  Before joining The Mortgage Law Firm Eric spent the previous 8 years specializing in lender related bankruptcy matters, foreclosure cases, trustee defense, title issues, and related litigation in state and federal courts throughout Oregon and Washington.  Eric is admitted to practice in the states of Oregon and Washington, including all Federal District Courts and Bankruptcy Courts.